When God was King

Christians in Britain & N. America attempted to follow the examples of 16th century European radicals, while attempting to learn from their mistakes. A study of the ideas & actions of these political radicals & the kind of societies & life experiences.

Islam is not the only religion that has sought to take political power, or believed that it should be possible to create a theocracy. In the 17th century, Christians in the British Isles and North America attempted to follow the examples of 16th century European radicals of contrasting types, while attempting to learn from their mistakes – first in Scotland, and then Cromwell tried to impose just such a rule in the rest of the country. At the same time, millenarian groups planned a religious, political and social revolution to usher in the return of Christ; while others argued for something akin to communism. And even after the Restoration of the monarchy in 1660, there were sects, such as the Quakers, whose faith had a radical impact on their politics. Nor is Christian radicalism dead today – it has influenced politicians ever since. 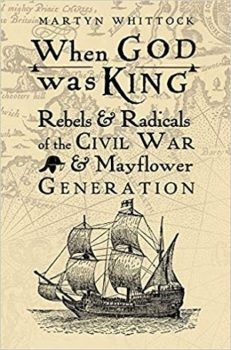 You're viewing: When God was King £9.99
Select options