It’s a Thursday evening in 1936. Clive Staples Lewis is hosting a gathering of the well-known literary group, the Inklings. The next morning, Auberon Willesden is found murdered in his room though both the doors and windows were locked from the inside.

It’s a Thursday evening in 1936. Clive Staples Lewis (known to all his friends as “Jack”) is hosting a gathering of that well-known literary group, The Inklings. Among the regulars are his brother Warnie, J. R. R. Tolkien, Neville Coghill, Hugo Dyson and Adam Fox. Two visitors are also attending – Jack’s old pupil Tom Morris and an undergraduate named Auberon Willesden. The following morning Willesden is found murdered in his room in Magdalen, though both the door and the windows were locked from the inside. And not only has he been murdered: he has been beheaded – and the head is missing! Who killed the student? And why? And, more baffling still – how was it done? It’s a puzzle that will tax the brilliant ingenuity of Jack and his fellow Inklings to the limit. 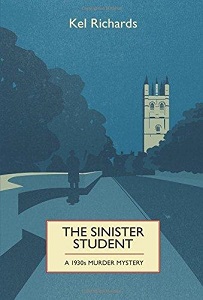