War of the Worlds

‘War of the Worlds’ is about spiritual warfare, maturity, prayer and the fear of true commitment. It’s a book that battles to reunite the secret world of what we are, with the public world of what we appear to be, Outrageous and seriously funny.

There is a war going on in the Church, says Adrian Plass: a war between two worlds – one where honesty is valued, and one where it’s shunned. That same war is going on inside every Christian with areas of conflict such as death, weakness, sacred cows, the Bible, prayer, commitment . . . all are covered here.

‘War of the Worlds’ goes to the heart of Christian life and once again Adrian skilfully employs humour to help us absorb his more profound points.

Don’t miss the ‘sitcom scripture’ interviews: Frank Spencer interviewed as Zechariah, father of John the Baptist, and Phil Mitchell of Eastenders, as Philip, the disciple who met the eunuch. 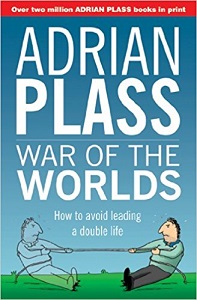 You're viewing: War of the Worlds £8.99
Select options