Hawk And The Dove, The

The Hawk Peregrine entered monastic life still fierce and proud. The Dove Melissa is a modern teenager, direct descendant of the hawkish abbot, who encounters the same struggles he did.

‘Lifts and transports us into another world…I was hungry to read more.’ – Jane Grayshon. THE HAWK An aristocrat of the thirteenth century and a renegade from his own passions, Peregrine entered monastic life still fierce and proud. When thugs from his past beat and crippled him, they left him helpless as a child. Bereft of his independence, he could finally teach true strength to his brothers. THE DOVE Melissa is a modern teenager, direct descendant of the hawkish abbot, who encounters the same struggles he did. As she listens to he mother’s stories of her distant ancestor, Melissa discovers that times do not change: that people, pride, resentment and love stay much the same, and that it is the grace of God on the inside that changes things. ‘I enjoyed reading this book and saw once again more of Jesus – for me always the final test of a good book.’ – Roger Forster. ‘Not only a joy to read, but also the kind of experience from which you come away feeling cleansed, whole, and determined to live life more generously.’ -Joyce Huggett 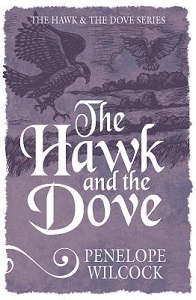 You're viewing: Hawk And The Dove, The £7.99
Select options